Knowing Dori as we do, her perfect marriage proposal seemed unattainable. Some girls dream of the perfect wedding, the perfect honeymoon, even the perfect cake. But Dori, has always dreamed about the perfect proposal, one fit for a princess, and the engagement ring that would go along with it.

Her fiancé was apparently up to the task and proposed, and we couldn’t be happier!

She wrote us with the news and has kindly allowed us to share her letter with you. We’re so excited for Dori, and because we know her so well, we realize that her proposal was text-book princess perfect for her. 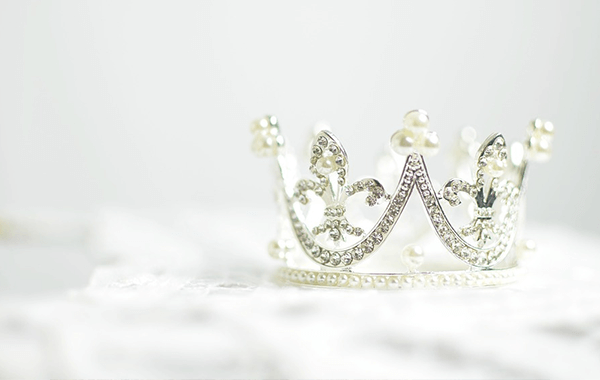 We also know that many guys could a learn a few things from Dori’s fiancé about mastering the perfect marriage proposal—at any budget. It’s not about how much it cost him in the end, it’s about knowing what she loves and incorporating that into his proposal.

You see, her man gets it! He took the time to think about her and her wants and desires. He knows and understands Dori and made sure that his proposal was perfectly suited to her… Isn’t that all any girl wants—the perfect proposal?

Here’s the letter (with our comments along the way…)

You know how you told me to stick to my guns and he would ask me to marry him? I did—and he did! I know it took a little longer than you challenged me with, but it happened, that’s the most important thing, right? After the ring, of course!

She brings up a great point—the ring is important. No matter what your budget is, make sure you are picking a ring that she (and you) will be excited to look at everyday.  If you need help choosing the ring, ask someone, her mother, her sister, or her best friend. And get educated on diamonds, it gives you a huge advantage when shopping.

You know how I am always kidding him about getting engaged? Maybe that was a good thing because when he finally asked I was totally shocked.

Dropping hints is fine, with limits. But… “Know your audience.” If you drop too many, it’s nagging. But it’s okay to ask for what you want in life—after all, this is not a one-sided decision.

I guess my week went well and I didn’t even know it. I had dinner with some friends on Tuesday without him (he said he was busy) and we made plans to go on a double date with another couple last Friday.

They cancelled and I was disappointed, but my boyfriend asked me to come to his house for cocktails at 6:30 and then we would go to dinner anyway. Totally normal date night for us.

Even when he told me to “dress up because we’re going someplace nice” it wasn’t unusual. Just before we hung up he said he had a present for me. I laughed, and said “I don’t want it unless it’s shiny.” He was totally used to my comments like that. Oh, we live across the street from each other, but I vowed never to live together, without actual vows.

To be honest, I didn’t dress up that much. I kind of threw my hair up, and put on a dress. I got to his house and sat down while he finished getting ready. He looked great, by the way!

After about twenty minutes, I remembered his phone call and said, “Hey, where’s my present?” He said he thought I’d never ask, and came back in the room with a Barney’s shopping bag. I was shocked—I thought he was giving me a little trinket, a nothing, but a Barney’s bag can mean a serious gift. 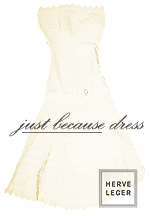 Just last week he had given me a beautiful “just because” Herve Leger dress that I had tried on with him and he bought later.

He’s really thoughtful and loves nice things, so again, the dress gift was totally normal, I had no clue it was part of a bigger plan.

The man has good taste, he found me, right?

I took the shopping bag from him and pulled out a Christian Louboutin shoe box.

I freaked out when I opened the box—I had been asking for those black pumps for two years! I was so excited, I had to call my mother right away.

He reminded me that these shoes came with some extra heel taps in a bag, and wanted me to look at them. Of course I knew; I had studied the shoes for years.

He handed me the bag and pleaded with me to at least look at the extra taps. I took the bag, I mean, after all he had bought the shoes! But I couldn’t get the bag untied, it had a knot in it. (He had literally tied the knot!). 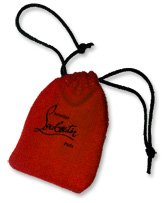 He saw me struggling and finally took it, loosened the knot, and as he pulled a box out of the bag he dropped to one knee and asked me to marry him!

I was speechless, which is hard for me. I was so shocked already by the shoes, then the ring, which was beyond gorgeous! I jumped up and down and we hugged and kissed. He had chosen the perfect ring.

I have to admit that I have always been worried about the ring that my fiancé would pick. This ring is so me—my tiny fingers need something delicate, but my fiery personality needed something with a bang!!

If he really knows you, he will pick an appropriate ring that you both love. We also believe in open and honest communication in a relationship at every turn, so if you don’t like it, you need to be honest, and kind. All situations can be resolved.

He told me we had dinner reservations at Alinea, the finest restaurant in Chicago (no wonder he wanted me to dress up!) but he had purposefully made the reservation for 2 hours later because he knew I would want to call my family and friends. Wow!

Another great and thoughtful touch. News travels fast today. If your nature is to share your excitement with everyone, he loves you for that, too. That he planned and delayed dinner so you could share your joy is another testament to him knowing and respecting you.

I made my calls, thrilled, in shock, and making a lot of people’s days with my news. Some of my friends probably thought it would never happen!

He told me that the Leger dress he had bought was for me to wear tonight. He knew he was going to pop the question and that was all part of his plan. I ran back to my apartment and changed my dress and put on the new Loubs.

All I could think about was how amazingly thoughtful he was to plan all of this—he was making my dream engagement happen right before my eyes, and surprising me left and right. I was so thrilled! It was the perfect proposal!

Turns out, when I went out to dinner with friends on Tuesday, he drove out to my parent’s house and asked them for my hand in marriage. 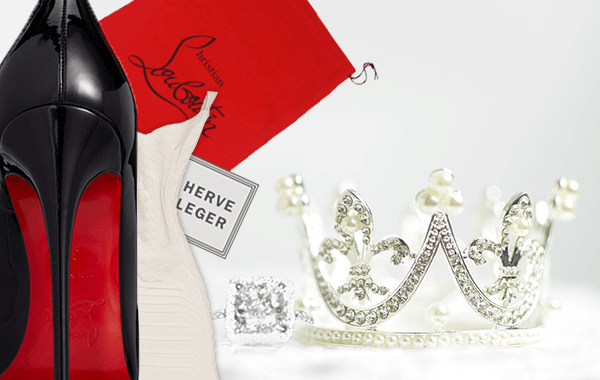 He thought of, and more importantly, did everything I would want. I am beyond excited—to share our lives is all that I have wanted. Now, I don’t have to wonder when anymore, I just look at my finger. Like, 1000 times a day.

I love him and am so lucky to have found him. He makes more than my engagement dreams come true.

WWhat we love about this story is that there are so many elements for her to remember, for years to come.

This wasn’t just any old proposal, this was Dori’s (AKA The Princess) perfect marriage proposal.  This was a true declaration off love, a letter of love methodically acted out. And for it to succeed, it needed to be given a lot of thought and a lot of planning.

He knew how much getting engaged meant to Dori and cared about her happiness. He really thought things through to come up with a perfect proposal idea tailored specifically for her.

Not everyone loves surprises, and not all surprises come off perfectly—but when they do, just like a dress, or shoes, a ring, and a partner—it’s a perfect fit.

Our hats off to Dori’s fiancé (now husband) for really crafting the perfect marriage proposal for Dori.

The engagement and wedding are over and they have settled into married life. With that, we are pleased to announce that they are the proud parents of two little princesses whose future husbands will have a lot to live up to in planning their own perfect marriage proposals.