It’s no surprise that people get stuck on engagement party invitation wording. It gets even more complicated depending on who is throwing the party. No worries. We’ll spell it all out for you starting with the basics. 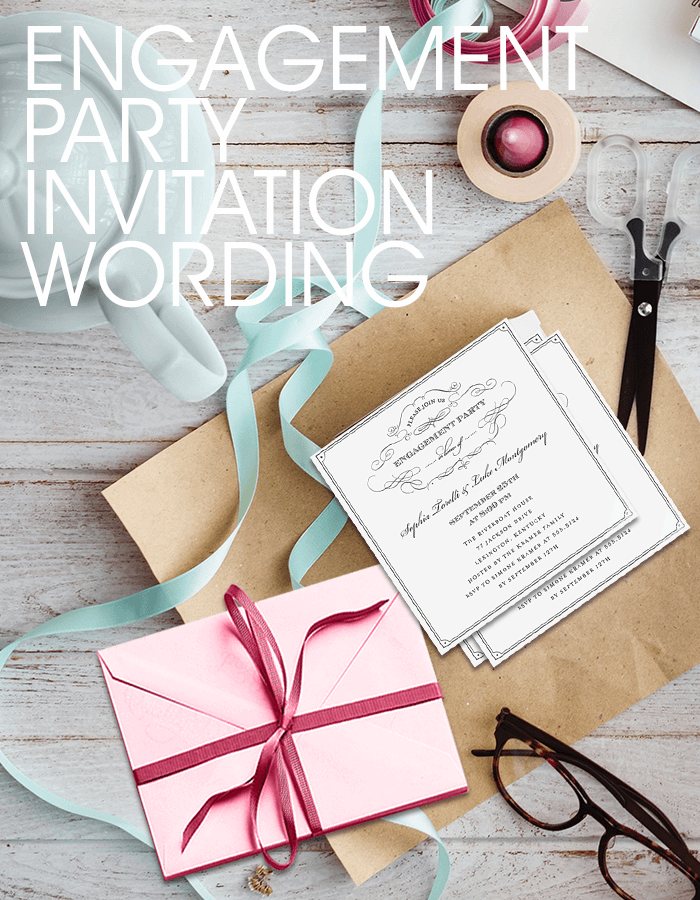 The basics for all party invitations should include the following:

Other things to include are, any themes the party may have or if any assignments are being given (like BYOB or bring a dessert etc.)

Finally, if there is any special attire that should be worn (e.g. summer casual, costumes, semi-formal, black tie etc.) the invitation should include that too.

These first two samples are appropriate for an engagement party hosted by parents or family friends. They are straightforward and not too formal.

When writing your own, worry less about the wording and more about making sure that all of the elements we mentioned above are included, after all they are the most important.

Please join us for an engagement party honoring

Even though the wording is similar, there are some small differences. This second invitation adds the word ‘on’ in front of the date and RSVP is replaced with asking people to respond (and the line is italicized).

Although traditional etiquette dictates that a couple should never host their own party, some couples are choosing to do so.

Many of them are well established in their careers, a little older, and don’t want to place financial burden on their family or friends. So some opt to host the celebration themselves while others throw (and pay for) the party, but have it hosted by someone else.

If you are going to host the party yourself to celebrate and have fun with family and friends, this next example is for you. Adding a line that says “no gifts” is appropriate since proper etiquette suggests that we should never host a party to celebrate ourselves.

Please Join Us In Celebrating Our Engagement!

This next example is a great fit for the bride and groom who want to throw the party but have it hosted by someone else. It’s also perfect for a single parent or a friend of the couples (or even a friend of the parents). It’s friendly and casual.

Our next example is for formal engagement party invitation wording. This is most appropriate when the parents of the bride are inviting guest to a more formal gathering in celebration of their daughter’s engagement. It also works for any sort of elegant affair.

Note that there is no contact information for a response. Actually the entire line can be removed because more often than not, a separate RSPV card (and stamped envelope) is included with the invitation. However, if one isn’t included then the contact method and information needs to be added.

Dress: Smart Casual
The favor of a reply is requested by August 31, 2020

Finally, this last example of engagement party invitation wording is for when a group of people are hosting the party.

Join us for a Clam Bake honoring the engagement of

At the home of Peter and Ruth Singer
458 Blonder Avenue
Jacksonville, Florida

You can see from these varied examples that there are many ways to write out an invitation. Your wording can be casual, formal or even funny as long that it’s appropriate for the couple and the occasion.

The most important take-away is that you make sure that your engagement party invitation wording includes all of the elements outlined at the top of this page.

Make sure to check out our different ideas for party invitations!

Have fun and enjoy the party! 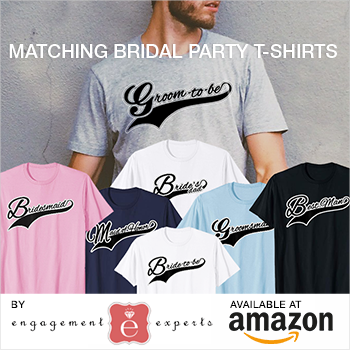