Engagement party etiquette has changed a lot over the years. Formal protocol suggested that the bride’s family would host an engagement party to celebrate the union and invite family and friends. 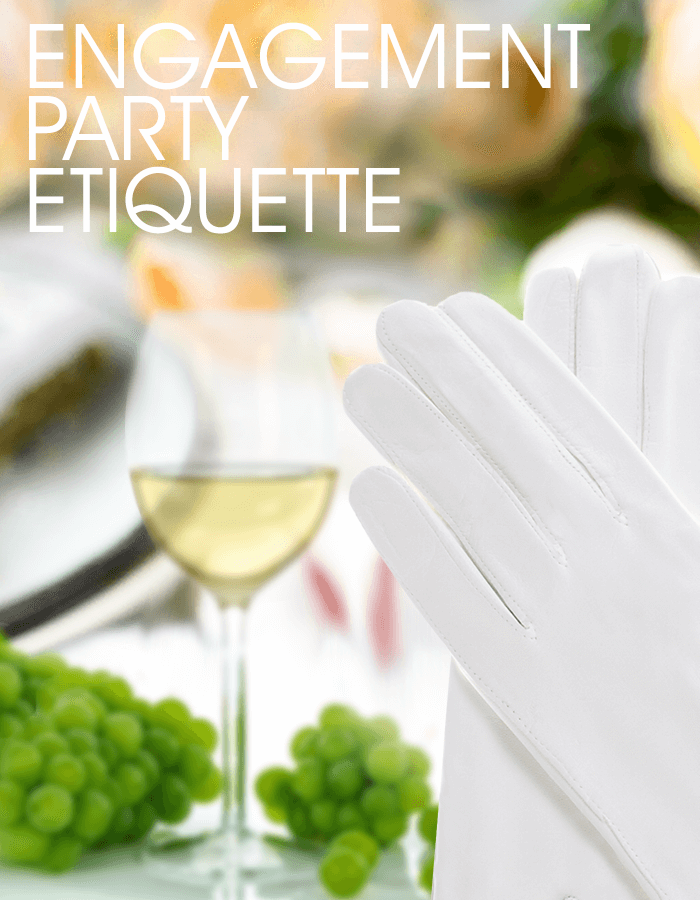 It was the first of many formal duties the bride’s family held. Today, it’s perfectly acceptable for anyone to host an engagement party, even a group of people who can share the expenses and organizational tasks.

Although it’s not considered proper etiquette for the bride- and groom-to-be to throw themselves a party, it’s becoming more common. Whether or not they actually HOST the party or just incur the expense is up to them and often decided on for practical reasons rather than traditional ones.

Many couples today feel that the financial burden of the party (as with the wedding itself) should be their responsibility.

That’s likely due to the fact that newly engaged couples are generally older and more established than they used to be when all these traditions began, and everything is so much more expensive today.

We also don’t feel as tightly bound by what our ancestors did nor do we feel the need to uphold every aspect of how things were done in the past.

Although we do LOVE knowing all the etiquette and traditions that surround a wedding, today we tend to take take bits and pieces from it and start our own traditions that are more in keeping with who we are and how we live.

The Etiquette of Timing & Invitations

Traditionally, the party was held between 30 and 90 days from the moment she said “Yes!” and, always, at least 6 months before the wedding date.

The general idea being that the party should be as close as possible to the proposal but far enough away that guests and hosts have time to organize their calendars, especially for more formal affairs.

Regardless of how casual or formal you go, engagement party etiquette requires that the invitations for the party be mailed at least a month ahead of time.  That also means that more often than not, the invitations are sent out before details are finalized or even planned other than place, date and time. 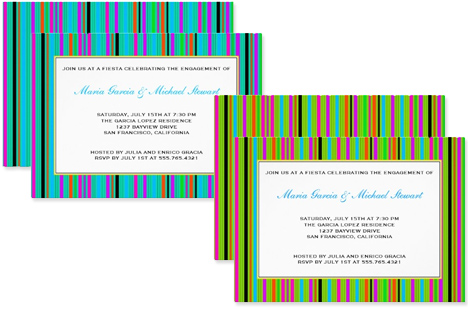 The reason for providing over a month’s notice is you need to give everyone time to organize themselves (and yes ladies, figure out their wardrobe) and shift things if necessary.

Traditional engagement parties that followed both etiquette and protocol were quite formal—they were almost like mini weddings. Invitations were professionally printed with RSVP cards and all social formalities were followed.

In terms of guests, engagement party etiquette requires that both families be invited so that they can all meet each other, mingle, and get to know one another in a social setting. After family, close family friends are traditionally included.

Traditionally for big families, this meant that the engagement party guest list could come close to the numbers for the wedding itself, which led some to throw much smaller and limited parties for just close family and very close friends in order to keep the party a more manageable size.

Proper etiquette dictated that the bride’s father make a formal engagement party toast early in the evening which would be followed by a response from the groom where he would toast his fiancée and her family, then finally his parents.

Then, the floor would open up for anyone who would like to raise a glass to the couple and their families.

Today, you can still go that route, however it’s also perfectly acceptable to have a casual get together with a fun and more relaxed environment.

In terms of presents, engagement party gifts are not required and not part of traditional protocol since the same guests will be invited to the wedding where gifts are certainly expected.

Today however, many close friends and family choose to give a gift or some form of token gesture for the couple.

Many people also choose to bring a hostess gift or send flowers when it’s an at-home engagement party—it’s basic social etiquette regardless of the event.

Flowers help the hosts make the place look more celebratory while alleviating some of the cost burden on them. Others send flowers to the newly engaged couple and some do both. It’s really up to them and there is no right or wrong here.

If gifts (other than flowers) are brought to the party, proper engagement party etiquette dictates that you don’t make them part of the celebration or put them on display. Discretely put them aside and open them in private after the guests have left…. and don’t forget about those Thank You cards!

Engagement parties today can be any type of celebration from the most elaborate affairs, to cocktail parties, to casual backyard events, afternoon tea, or an intimate family gathering. It’s really a question of preference.

Today, much of the formality has been dropped when it comes to the ritual of an engagement party.  Our best advice is to know and understand engagement party etiquette, take what you want from it,  and only do what feels right for the both of you!